"Quality Time", a mixed media illustration on cardboard by Egyptian contemporary artist Hassan El Shark. Browse ArtsMart for more of his artwork.He is a self-taught, southern Egyptian artist, who has established a solid European reputation. Egyptian village life is the main theme in his paintings, featuring cats, chickens, palm trees, market stalls, fish, feluccas, moustachioed men, and women carrying large jars on their heads, as well as the ancient Khamsa palm symbol to ward off evil spirits. Discovered by German art critic Ursula Schernig, she arranged two exhibitions, one in Cairo and the other in Europe where all forty paintings were promptly sold. In addition to showing his work in Egypt and in Kuwait, Palestine, and Lebanon, he has exhibited his work in the Czech Republic, Germany, France, Switzerland, Sweden, Austria, Italy and the Netherlands. 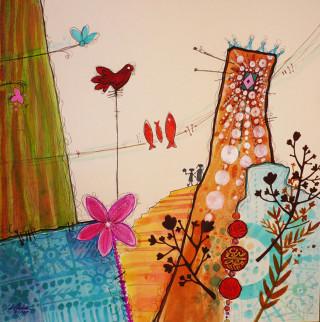 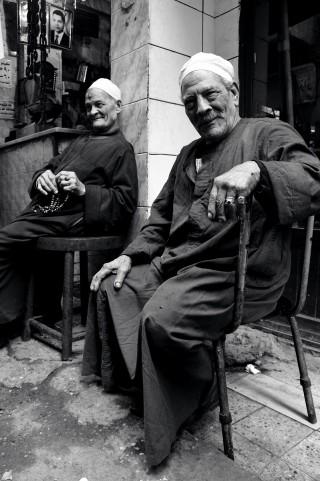 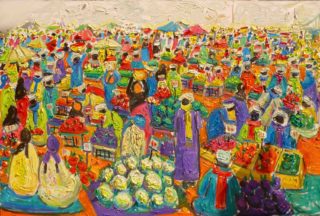 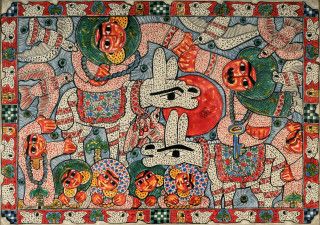 The Key of Life 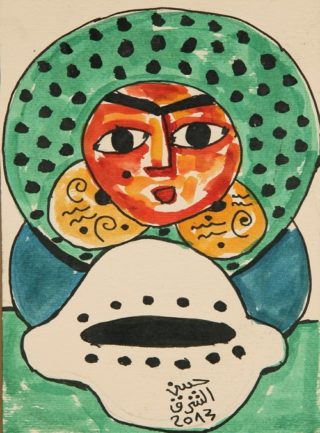 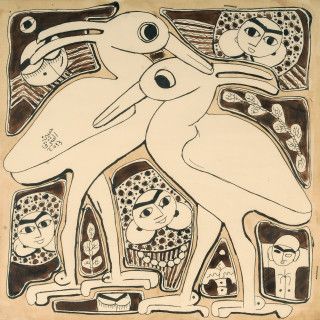