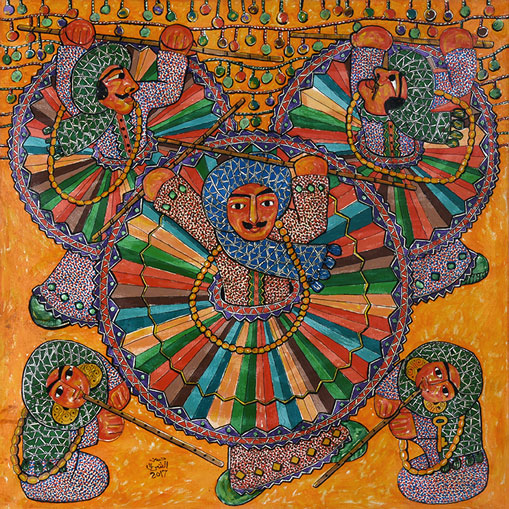 "Tanoura" is a mixed media artwork done on canvas by contemporary Egyptan artist Hassan El Shark. Born in the small village of Zawyet Sultan in Minya in 1949 as the eldest son of the village butcher, El Shark began painting as a boy using palm tree fibre, his father's wrapping paper, and mixing his own paint using spices from the local herbalist as pigment. Egyptian village life is the main theme in his paintings, featuring cats, chickens, palm trees, market stalls, fish, feluccas, moustachioed men, and women carrying large jars on their heads, as well as the ancient Khamsa palm symbol to ward off evil spirits. Though internationally recognized, El Shark prefers to remain in the village of his birth, wearing his black galabia and living the traditional life from which he draws his inspiration.

USD 1,655
Prices include international shipping to the nearest port or airport 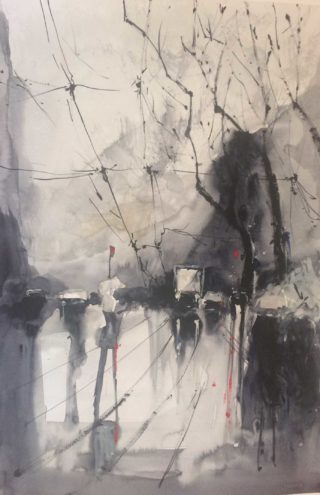 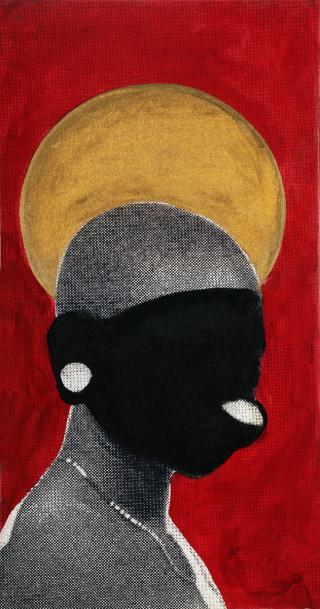 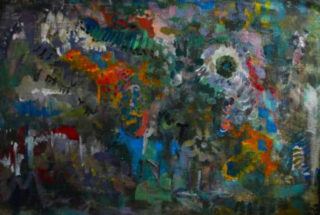 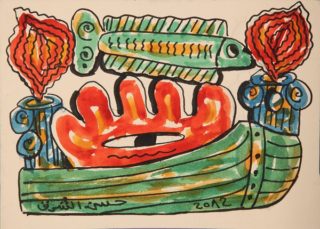 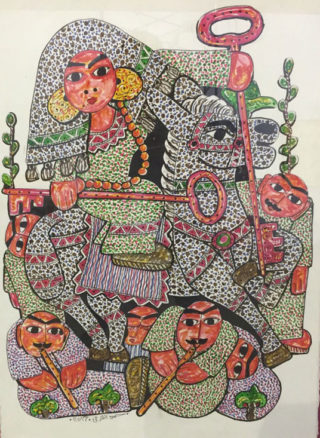 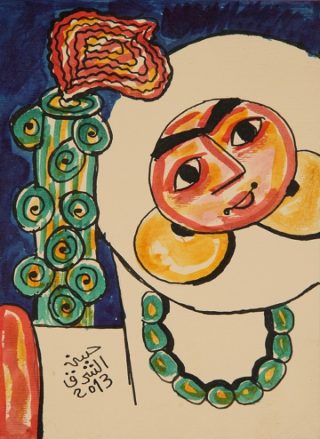