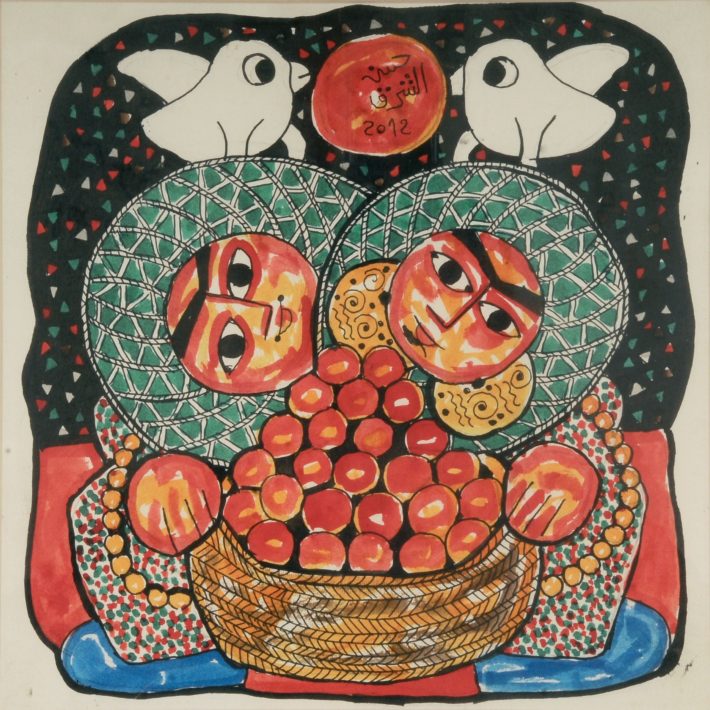 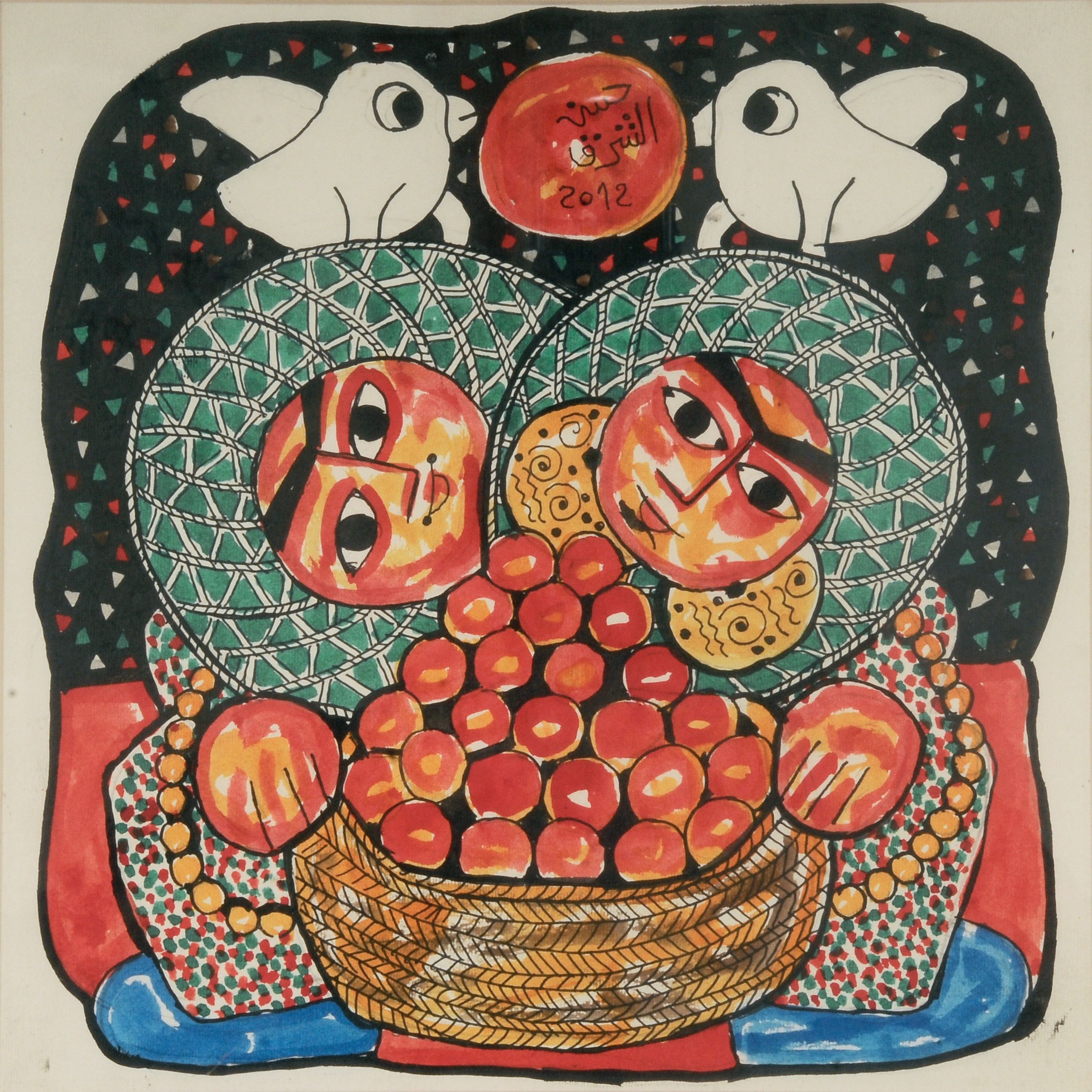 Born in the small village of Zawyet Sultan in Minya in 1949, Hassan El Shark began painting as a boy using palm tree fiber, his father's wrapping paper, and mixing his own paint using spices from the local herbalist as pigment. In addition to showing his work in Egypt and in Kuwait, Palestine, and Lebanon, he has exhibited his work in the Czech Republic, Germany, France, Switzerland, Sweden, Austria, Italy and the Netherlands. 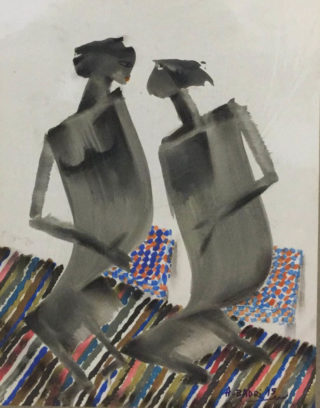 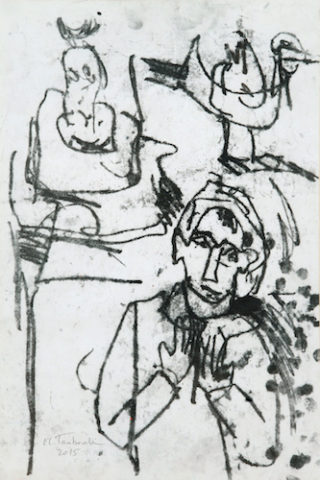 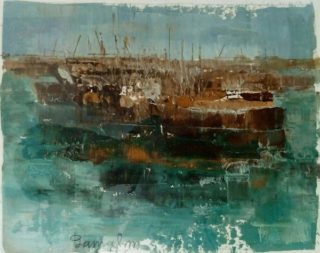 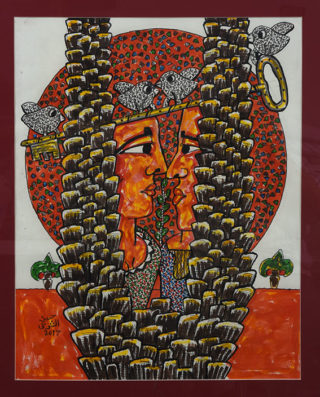 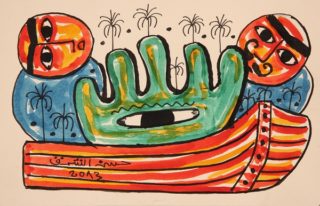 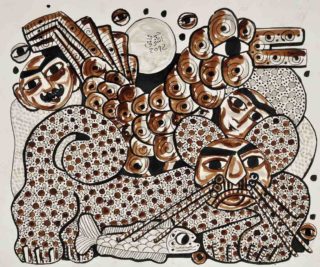